A Food Spa for the Senses

Just last week, I visited Israel, by way of Woodbridge, Ontario, Canada. Wait! Let me explain before you dismiss my claim. I attended the Aish Hatorah Grand Dinner Gala and Experiential Shuk, at the Fontana Primavera Banquet and Event Facility (fontanaprimavera.com/our-space), in Woodbridge, Ontario, located near Hwy #7 and Martin Grove Road. The Fontana Primavera Banquet and Event Facility is a large full service event centre, which can accommodate groups up to one thousand (1,000) guests at a time in the four room facility, which features retractable walls, allowing the four rooms to become one massive sized room.

At the onset of the event, as I approached the Fontana Primavera Event Centre, I observed what seemed liked floating giant diamonds, but which were really beautiful bright lights atop the terrace of the venue. These lights shined brightly, as welcoming beacons to highlight night sky and to showcase the wide entrances to the venue for themed event night, being a ‘Shuk’ for the Aish Hatorah honorary dinner.

First, let me inquire and ask if you have ever been to a Shuk? (meaning an open-air marketplace, according to most Hebrew and Arabic translations into Englih). There may not be enough words in the English language to adequately describe all of the intriguing, cultural and commercial events that take place during a Shuk. A celebrated Shuk will usually host guests introductions, by; local, Provincial or State politicians, as well as national political representatives. Celebrities, special guest appearances and great door prizes are standard components of a shuk. Also, there will be ample items to purchase and of course, let’s not forget the key ingredient in a real shuk celebration: savoury delicacies, also known as food.

This, true to the name ‘Shuk’, event featured fabulous free giveaways; including roses and knitted scarves for women. Typical of a Shuk, high end exquisite gold and silver jewellery was sold onsite, by Deborah Raphael and her husband. There was also an onsite photographer that took photographs of guests in front a ‘green screen’. Photographs were printed onsite and housed in table top standing plastic frames. This grand dinner was planned by Event Manager of Aish HaTorah, Toronto, Joelle Stein. The dinner welcomed and seated more than 600 guests.

It is often said, by Rabbis and students, in Shul and at Jewish schools, that: ‘the Torah of Moses, is the heritage of the congregation of Jacob’, but Jacob embodied the spirit and traditions of his grandfather Abraham; the forefather or Judaism. Torah tzivah lanu Moshe, morashah kehilat Yaakov. “The Torah that Moses commanded us is the heritage of the congregation of Jacob”)The Torah that Moses commanded us is a legacy for the congregation of Jacob” (Devarim, 33:4). This inheritance is the bestowal of traditions for a moral code and for a code of conduct or behavior. We, as Jews are here to set a standard for behavior by example. What better example or more far reaching tradition is there than to be great host? To welcome guests and make them feel welcome and even honoured members of household is a major accomplishment.

The Aish Hatorah Gala Dinner, at the Fontana Primavera Banquet and Event Facility honoured the great work of Rabbi Mitch Mandel for being a long standing Rabbi at Aish Hatorah and acclaimed Isaac Osiel (aishgaladinner.com/isaac-osiel, aishgaladinner.com/about-lle) for his work on his ”Living Legacy ‘ heritage program for educational Jewish heritage trips to Poland.

Rabbi Mandel has two sons that I have met. Both of them studied in Jerusalem, at Aish Hatorah, under the auspices of HaRav Noah Weinberg, former Director of Aish Hatorah, in Jerusalem. Rabbi Elisha Mandel is a prominent Writer and proud author of ‘the ground breaking’ book: JUDAISM UNRAVELED: Answers to the Most Challenging Questions About Judaism. Rabbi Elisha Mandel is the head Rabbi of Aish Thornhill Woods. Surely, the influence of Rabbi Weinberg has spanned at least two generations, thus far and has inspired thousands of Jews worldwide, to live Torah observant lives.

Isaac Osiel was also acclaimed for his establishment of yearly trips to Poland ‘Living Legacy Experience’, during which young Jews can visit Poland and tour the former concentration camps that were used during the Holocaust. The trips also include presentations by Holocaust survivors. Guests are treated to a five star hotel stay and upscale Kosher meals. Powerful, lifelong bonds are forged between Jews on these trips.

A powerful presentation on the meaning, purpose and value of mitzvahs was given over by  featured presenter Orly Wahba, Founder of Life Vest Inside & Founder of the Kindness Boomerang project (goodlifeproject.com/podcast/orly-wahba , macmillanspeakers.com/orlywahba1) who had her own personal story to share with the crowd. Her speech culminated with showing of the music video “One Day” by Hasidic Reggae Superstar Matisyahu, born Mathew Paul Miller, in White Plains, New York, USA. “The Grammy-nominated and platinum–selling rapper has toured for more than 11 years. Since 2004, he’s released four studio albums, two live albums, and two DVDs featuring live concerts.” This “One Day” music video portrays various characters on a busy city street. One mitzvah leads to another and another and so on throughout the video, with Matisyahu singing about a day, one day when everyone will get along and care about each other.

This event program included key features of an impactful and meaningful showcase of Jewish values; including: compassion, kindness and community. The theme of the evening was a middle eastern motif, including lamps, lanterns, lavish tents arrayed with couches and silk throw pillows, as well as leather stools.

There were numerous serving stations, each showcasing superb and scrumptious foods. Merguez sausage, lamb kebabs, chicken tikka, grilled chicken (nicely spiced) were the main servings for the hor d’oeuvres. White and pink hummus, tahini and thinly sliced vidalia onions were among the toppings for grilled appetizers.

Desserts were presented in a buffet style array. There were a variety of scrumptious dessert options. There was a ‘candy table’, which featured various candies, similar to what could be found in an ‘olde time’ candy store from the 1950’s, but with current ‘sweets’ options. There was another set of tables that featured a delectable assortment of Halva, which is usually made with a base of flour or nut butter, such as sesame tahini, and sometimes including vegetables’ (such as carrots) or nuts . I guess there must be a Paerve substitute to replace the butter. Since this event featured meat in the hors d’oeuvres and in the main course, the Halva must have been Pareve, meaning made without dairy products.

A massive table was adorned with select sliced fruits; including; cantelope, pineapple, mango, honey dew melon and exotic fruits, such as guava. Guests were treated to hot apple cider at tables in the foyer to be enjoyed upon exiting the grand venue.

The event concluded with ‘bentching’, blessings after the meal (with responsive parts at the beginning), which was led by Rabbi Moredechai Cohen of Aish Hatorah, Toronto. After the meal many people remained onsite, mingling and savoring every last moment to sit in the ‘beadouin-styled’ Middle Eastern tents.

Before leaving Guests also stopped to pick up their framed photographs and hot apple cider. There was a short line at the coat check and the parking lot seemed to empty quite quickly.

This was a one night honorary event, dinner gala, stylized as a mediterranean Shuk, which will live on in the hearts and minds of the guests for years to come. The heartfelt spoken words – about the value of building and maintaining community, encouragement, love and mitzvahs (good deeds) that we do for our fellows and which bind us to G-d – will live on in the souls of all in attendance for eternity.

The main message shared by all the presenters and discussed by guests among their peers at their own tables was that it is our duty as Jews to build, maintain and grow Jewish tradition and encourage each other to do many more mitzvahs for the future to ensure Jewish continuity.

It is my hope that a similar type of event with the Middle Eastern Shuk motif will happen one day, which will include a multicultural caravan of many cultures from the Middle East and the Far East. Through sharing of culture, food and community, we can learn and grow to be proud of our own culture and to embrace and honor other cultures from around the globe. 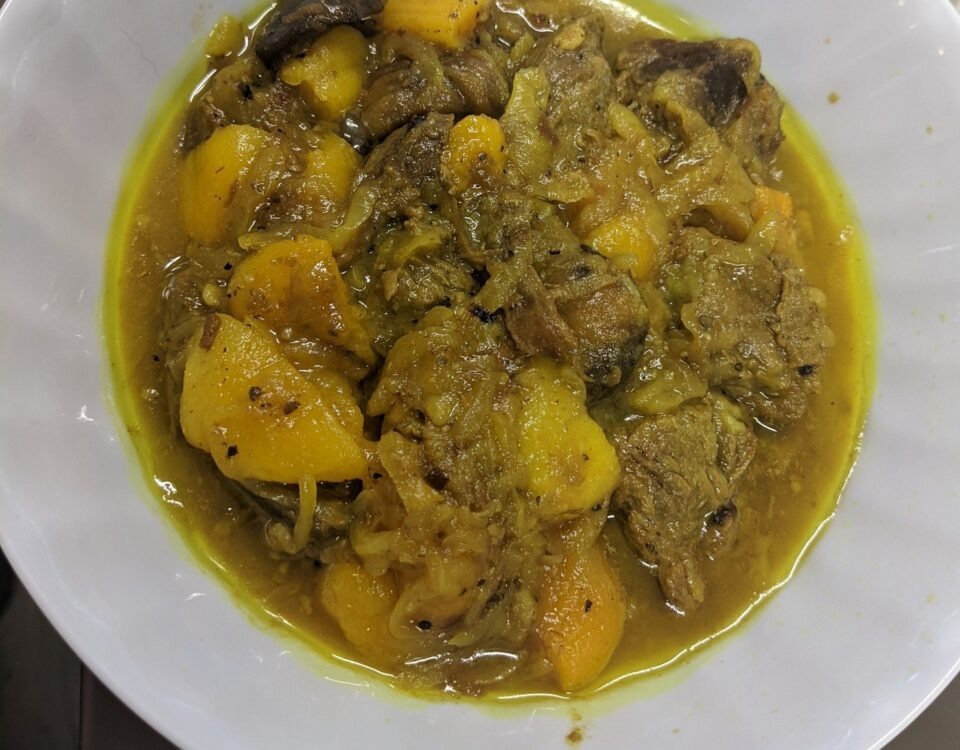