Kosher In Many Ways

Walk for Israel. Today I attended this walk along Bathurst Street, in Toronto, between Wilson and Sheppard Avenue. This event heavily over secured. Security on every corner and police at every turn. How could one rightly claim that Jewish people are safe or protected in Toronto, if the so called protection comes with an overwhelming presence of security and police. To live a police state is not freedom.

Can Jews not stand on their own and have strong belief in G-d for protection. What has happened to faith. Also, there is strength in numbers. As a people, can we not feel strong while united.

While there was a strong presence of Judaism, I do not know that the same could be said of a proud display of Judaism. I did not see anyone praying or reciting psalms or speaking words of Torah. Not even sure if I heard any Jewish or Israeli music. Daddy Yankee’s ever popular song Con Calma, featuring the Reggae Rapper Snow, was the first song I heard upon staring the walk, at Wilson. There were dancers of various backgrounds, non of whom seemed to be Israeli on the stage. At another stage there was a rock group, while at another there was young woman singing an impersonation of a pop song.

On to the food. It took a long walk to find the food stands and food trucks, which were located near York Downs. There was the Kosher Pickle and Masseat. F + B Kosher Caterer was also onsite. F + B Kosher featured a deli sandwich on what appeared to be a small onion bun. I ordered the combo with fries and a drink. The deli sandwich was alright, but was a small portion. The french fries were slightly greasy.

Masseat served up there standard fare of quality Beef Burgers. Unfortunately they were out of stock for onions and did not have my favorite topping, being fried onions, which usually come standard on their burgers. My friend that arrived near the end of the Walk for Israel told me that he believes that the Massaeat food truck serves up a burger that tastes like a merguez sausage. Could it be true? Is the burger made of merguez meat? Interesting theory worth exploring. I believe it still tastes unique. 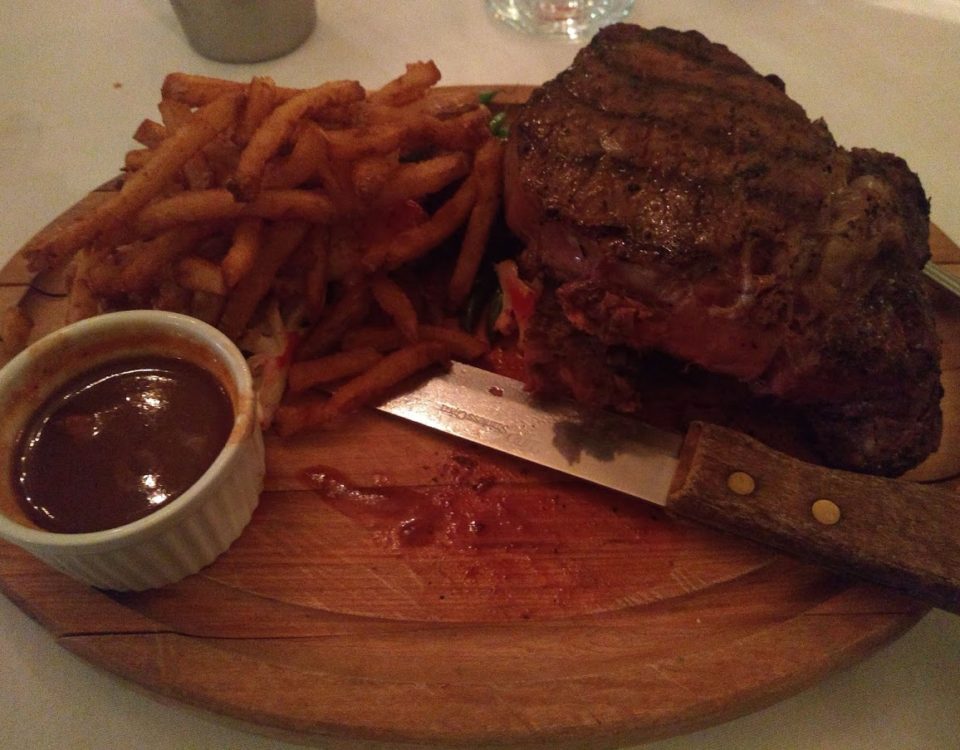 A Food Spa for the Senses